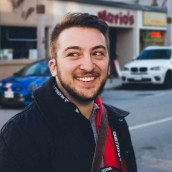 Like my favourite podcast host says, it has never been a better time to be watching television.

We’re in the midst of the second golden age of television, in large part because of Netflix and on-demand distribution channels. It is easier now than ever for people to watch what they want, when they want, building larger and unlikely audiences, and for distributors to monetize their catalogues. I have spent more time this year than is healthy (over 55 days worth*) knocking off series after series off of an ever-growing list of the best TV to see. In all of my watching, this is what I came to regard as the best I saw in 2016.

Gravity Falls gave me hope for animated shows that I had lost after Avatar: The Last Airbender finished. Since then, there was the fantastic Bojack Horseman, Bob’s Burgers, and Rick and Morty but they scratched a comparatively geriatric itch. Gravity Falls was smart, inventive, well-written, had a cast to be envious of, and a charm that was unparalleled in its class. Like the best Disney films, it was written for a young audience with jokes peppered throughout that only an older audience would understand. I felt a youthful joy after watching each episode and enjoyed each of the monster-of-the-week Dipper and Mable ran across, scratching both my X-Files and Twin Peaks itches at the same time. I’m still thinking about it almost a year later, and I can’t say that for most shows I cross off the list.

And The Rest Are…

*due to having watched well over 1300 hours of TV and movies this past year, I am taking a year long break on watching any film or TV shows. Wish me luck.